The House of Representatives votes 346 to 17 to approve citations of contempt against 10 Hollywood writers, directors, and producers. These men had refused to cooperate at hearings dealing with communism in the movie industry held by the House Un-American Activities Committee (HUAC). The “Hollywood Ten," as the men were known, are sentenced to one year in jail. The Supreme Court later upheld the contempt charges. 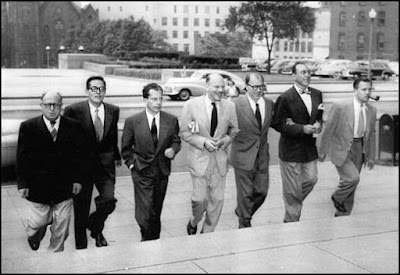 The contempt charges stemmed from the refusal of the 10 men to answer questions posed by HUAC as to whether they were or had ever been members of the Communist Party. In hearings that often exploded with rancor, the men denounced the questions as violations of their First Amendment rights. Albert Maltz, Dalton Trumbo, John Howard Lawson, Samuel Ornitz, Ring Lardner, Jr., Lester Cole, Alvah Bessie, Herbert Biberman, Edward Dmytryk and Robert Adrian Scott were thereupon charged with contempt of Congress.

The chairman of HUAC, J. Parnell Thomas, dismissed the arguments raised by the men, claiming that Congress had every right to ask people what their political affiliations were. “The Constitution,” he declared, “was never intended to cloak or shield those who would destroy it.” The Hollywood 10 responded with a joint statement in which they argued that HUAC had succeeded in having “the Congress cite the Bill of Rights for contempt.” “The United States,” the statement concluded, “can keep its constitutional liberties or it can keep the Thomas committee. It can’t keep both.”

Postscript — On the subject of the HUAC and its abusive activities against Americans, I offer you this book review from my archives. Trust me. You’re going to want to read this book. 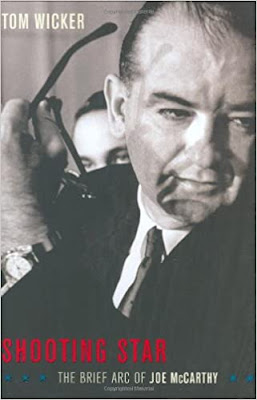