This John Adams favorite can be yours on Thanksgiving

Indian pudding is a baked custard with milk, molasses, and cornmeal. It's warm and comforting on a cold day. Or, it's a delicious dessert for Thanksgiving as something different to enjoy besides pie! Best of all, Indian pudding can be made ahead of time and just warmed up. 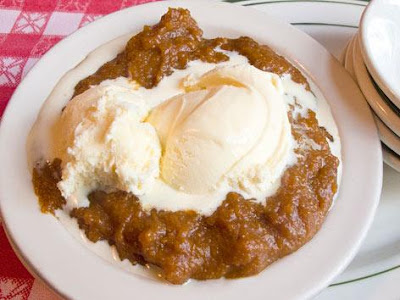 Where did Indian Pudding get its name? It's actually an American creation, combining British methods with Native American means. The name stems from the Brits' "hasty pudding," which was made by boiling wheat flour in water or milk until it thickened into a pudding. In the New World, where Native Americans regularly used corn as their grain of choice, European colonists tweaked the British pudding recipe and substituted cornmeal (often called "Indian flour") for wheat flour, producing the dish we know as "Indian Pudding."

We have references to Indian Pudding dating back to the 1700s and it is said to have been a favorite dish of Founding Father John Adams.

Continue to the recipe via this link.

Personal Postscript — I first read about Indian pudding in David McCullough’s biography of John Adams. and I recommend both the pudding and biography to everyone. 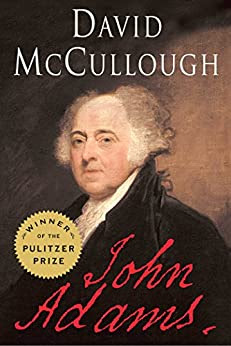