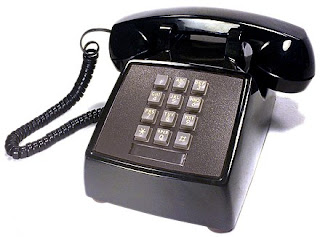 The push-button telephone is a telephone that has buttons or keys for dialing a telephone number, in contrast to having a rotary dial as in earlier telephone instruments.

Western Electric experimented as early as 1941 with methods of using mechanically activated reeds to produce two tones for each of the ten digits and by the late 1940s such technology was field-tested in a No. 5 Crossbar switching system in Pennsylvania. But the technology proved unreliable and it was not until long after the invention of the transistor when push-button technology matured.

On 18 November 1963, after approximately three years of customer testing, the Bell System in the United States officially introduced dual-tone multi-frequency (DTMF) technology under its registered trademark Touch-Tone. Over the next few decades touch-tone service replaced traditional pulse dialing technology and it eventually became a world-wide standard for telecommunication signaling.

Continue reading via this Wikipedia link.